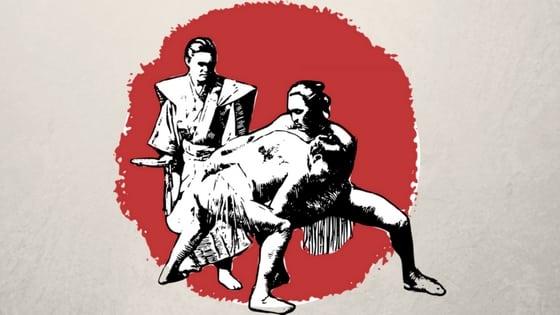 Popeye turned to spinach to gain super strength Sumo wrestlers turn to Chanko Nabe. This is the Japanese stew that you don’t want to miss out on. Japan is certainly one of the most beloved geek travel destinations on our planet and Sumo is probably the only sport (after Kwidich of course) that makes muggles and wizards excited equally.

This fascinating sport and is ever important stew; the Chanko Nabe have quite a history. Their story is ancient, rooting back at least as far as the 3rd century.

But how it all started? Good question. 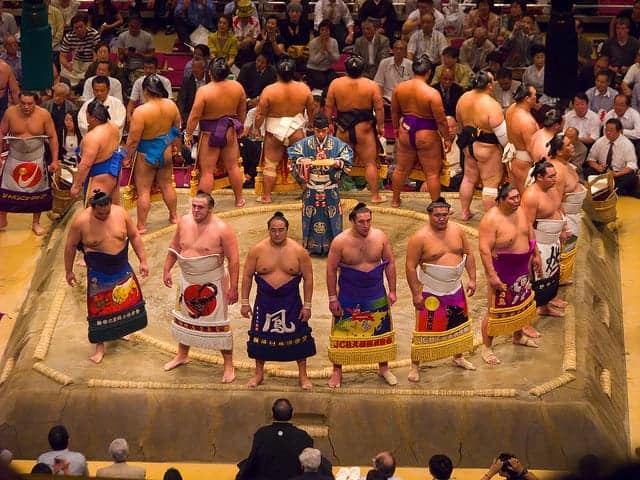 It all began as a ceremony in Shinto shrines and the rituals -including the Sumo match- were performed to ensure a lavish harvest and to honor the spirits known as Kami. Till this day they use purifying salt which is thrown on the dohyo (ring) and the roof over it, the ritual before the fight gives us a reason to think of a religious past.

However, a lot has changed throughout the time, in the beginning, there was no circular ring, the only way winning was to throw the opponent on the ground. Sumo in Today’s form appeared in the 1600s and records of tournaments between ranked contestants date back to 1757. The Gyoji (referee) still wears the 14th-century style Japanese clothing. 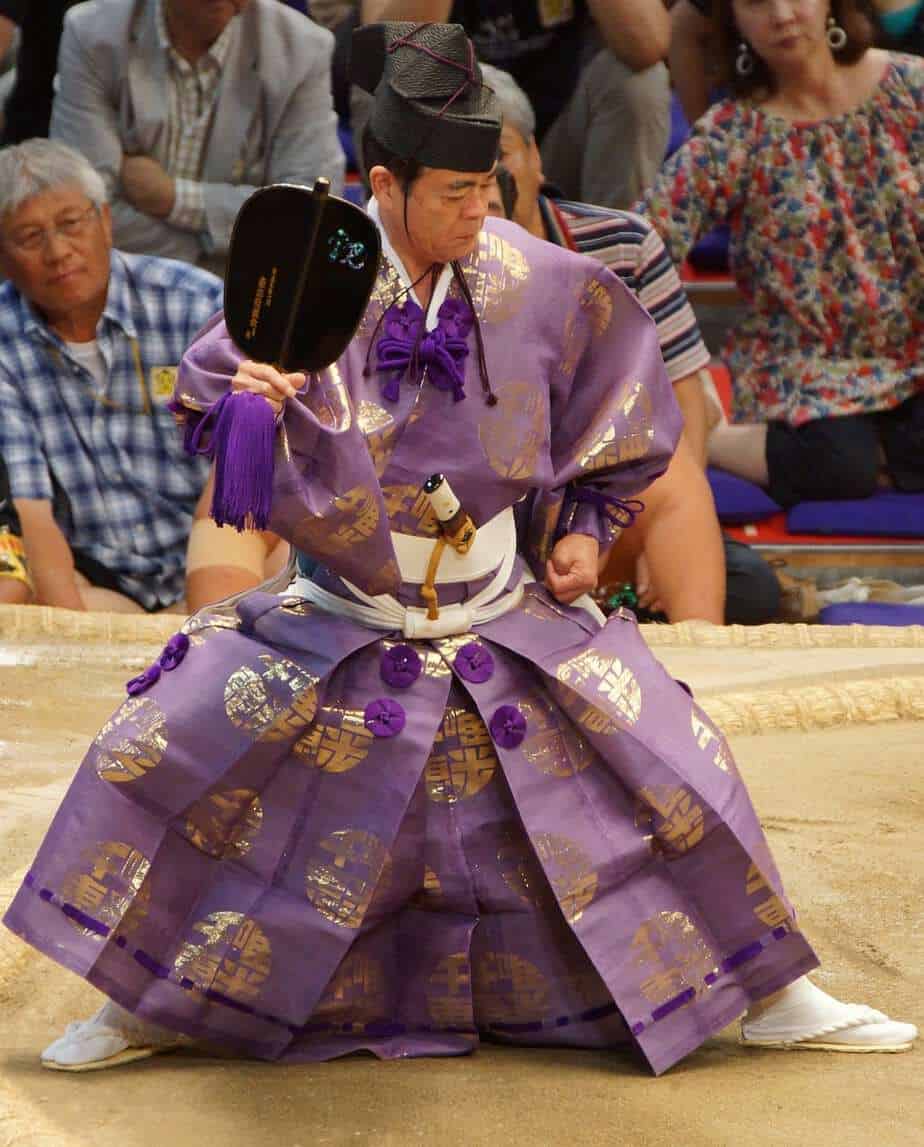 The rules are considerably easy; there are 9 moves to get the other one on the ground or out of the circle-the ways to win a Bout (round). Being smart wins battles as well. However, that’s about the only thing that’s easy in Sumo. A Sumo Wrestler must be wholly dedicated. Their entire life is defined by Sumo. Depending on their rank, they follow a strict daily routine of practicing.

The highest ranked wrestlers wear white (above), while the rest of the fighters wear black Mawashi (belts).  If you want to become an accomplished Sumo wrestler you have to take your fair share of pain as well. To toughen wrestler’s spirits they use frightening solutions. For example, during practice, they drag the loser by his hair until he collapses. They believe in order to be strong you have to strengthen your willpower.

Naturally the higher the rank the bigger paycheck they get.

Other than training one of the most important obligation they have is to strictly watch their diet. A professional Sumo wrestler has to take in an about 10,000 Calories a day. Yep, that’s ten thousand. Just to give you an idea of how huge this number is I tell you this. An average male has to take in about 2000-2500 calories a day. Which means a Sumo wrestler has to eat the equivalent of 5 grown men’s combined daily calorie intake if he wants to stay in tiptop shape and condition.

Here comes the Chanko Nabe into the picture 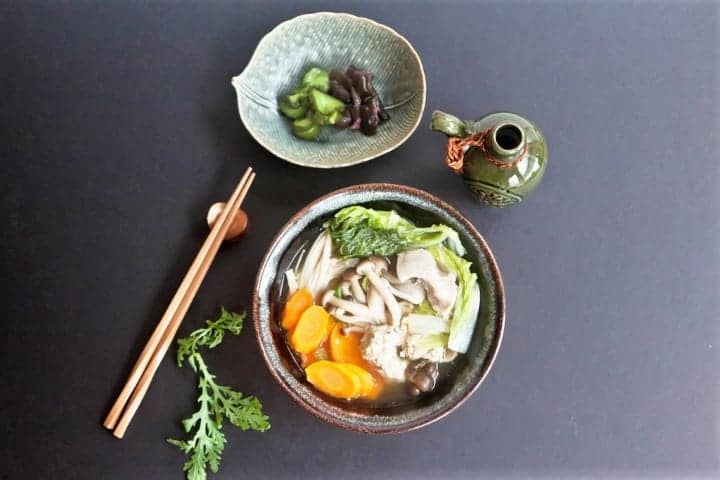 Sumo wrestlers considered as metabolically healthy obese and it’s possible because of their quite regulus training and high but healthy calorie intake. That is why Chanko Nabe has become the number one fuel for Sumo wrestlers. Chanko Nabe is an essential stew that doesn’t really have one recipe that you have to follow. You can put into this stew more or less anything you want.

There is a couple of rules you have to follow, though; it has to contain a large amount of protein. You can use chicken, fish, tofu, beef, and lots of vegetables such as daikon and bok choy. It’s usually served in Herculean quantities and traditionally with beer and rice to increase the calorie intake.

Chanko Nabe is a very healthy soup that is filled with protein and other important vitamins. If you want to learn more about healthy eating and vegan food you should visit Kitchen Whisperers where you’ll find healthy vegan recipes. You’ll find here yummy recipes not just from Japanese cuisine but from all around the world. 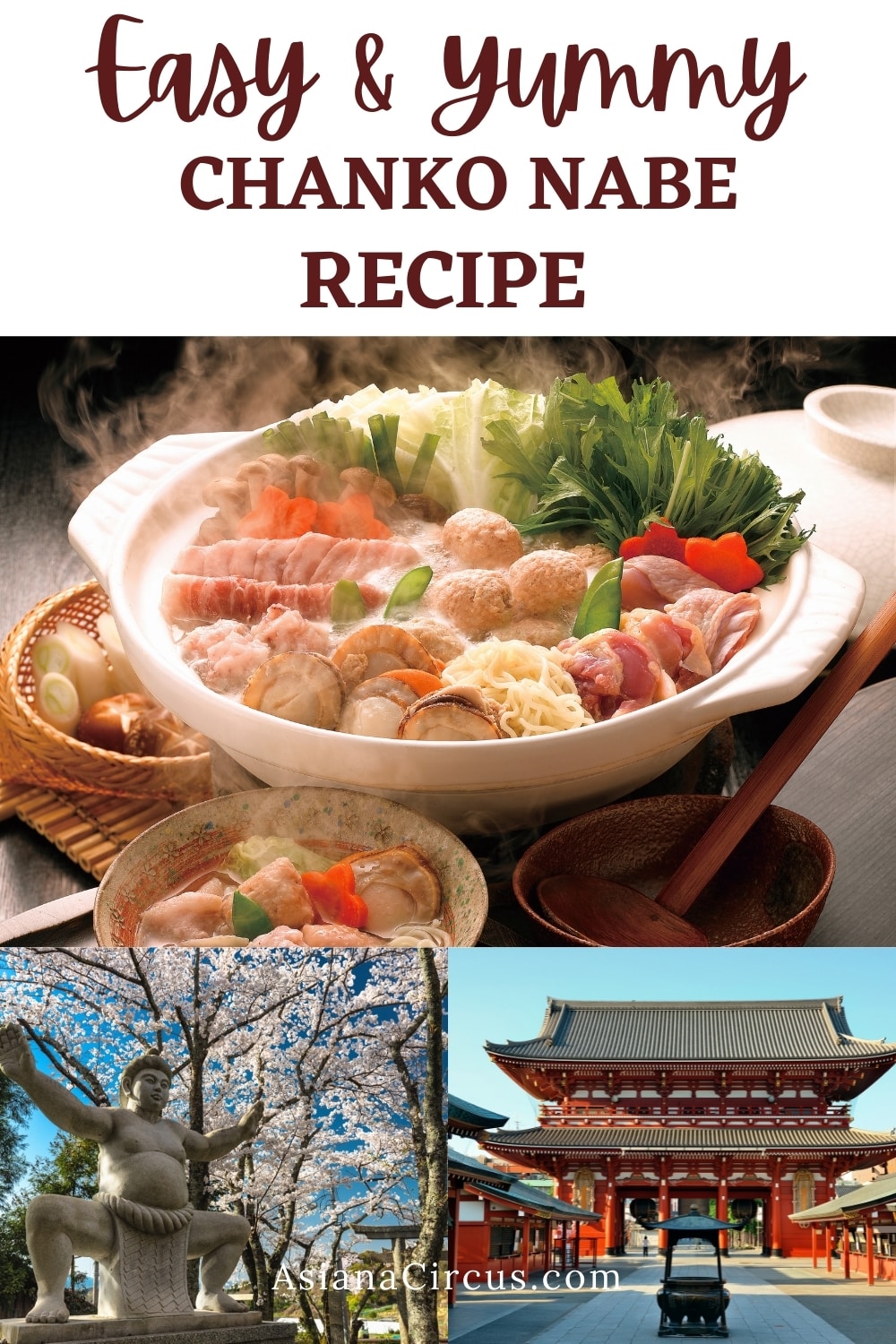 How to Make Chanko Nabe At Home?

While you will need a few ingredients that you may not use on an everyday basis this recipe is chanko nabe recipe is pretty easy. After you cut all the vegies just pour them with the other ingredients in your hot pot and cook for 1 hour.

If you want to make a vegan Chanko Nabe use tofu and sweet potato instead of meat.

Add water to your hot put then add your meets and soy sauce and cook for 30 minutes.

Mix the miso with two tablespoons of water in a small bowl until it becomes a thick sauce consistency.

After 30 minutes add the miso paste, your veggies and mushrooms, and salt cook for another 30 minutes.

Do you want to be a part of the magic & learn more?

Here are your options:

VISIT A SUMO MATCH
If you’re a fan of Sumo you have to visit Ryōgoku because it is a famous sumo neighborhood. There are only three Tokyo tournaments held every year so if you want to visit one you have to visit Tokyo in  January, May or September (Although, you can try and visit a tournament in Osaka in March, Nagoya in July or Fukuoka in November.) There are only a limited number of same-day tickets available so if you want to make sure that you don’t miss it book a ticket online in advance at the Kokugikan sumo stadium website. Admission: $20

VISIT TRAINING SESSIONS
You can visit a morning Sumo training session at a stable and see where & how Sumo wrestlers’ train every day. There are many places in Tokyo where you can watch a free Sumo practice so don’t get fooled and pay $70 or more to a tour agency. You can visit on most mornings from 7:30 am except March, July, and November because at these times the Sumo wrestlers are visiting other parts of Japan. Admission is: FREE

EAT CHANKO NABE IN A VINTAGE TRAINING STABLE
One of the best places to try Chanko Nabe is the famous Kappo Yoshiba restaurant in Tokyo which used to be a Sumo training stable. Here you can taste the traditional Chanko Nabe that makes Sumo wrestlers so massive!

VISIT THE SUMO MUSEUM
If you’re not interested in a tournament or there isn’t any at the time of your visit, you can check out the Sumo Museum in Tokyo as well. Keep in mind it’s closed on weekends and national holidays. Admission is: FREE

Become a Sumo Wrestler yourself!

I’m not even kidding! Okay… I’m sort of kidding but this is not an impossible idea anymore!

Until the end of the 20th century, mainly Japanese were listed in the rankings. A great example, of how open the Sumo community became, is the fact that one of the highest ranked wrestlers (Asashōryū Akinori) was from Mongolia and there are more and more wrestlers competing who are from Asia, Eastern Europe, and even from North Africa. So, if you want to become a Sumo champion (and under 23 and male… sorry ladies!) then it’s time to join one of the 54 stables!

While the Sumo wrestlers’ life may seem pretty tough there are pretty nice rewards as well. Sumo wrestlers are greatly respected throughout Japan and they’re treated like rock stars or football stars. When in Japan try not to miss this exciting and historic sports event!

More posts about Japan:
Why choose Osaka over Tokyo
Best things to do in Tokyo on a Budget
Visit Japan: 12 Reasons that will make you pack your bags and go 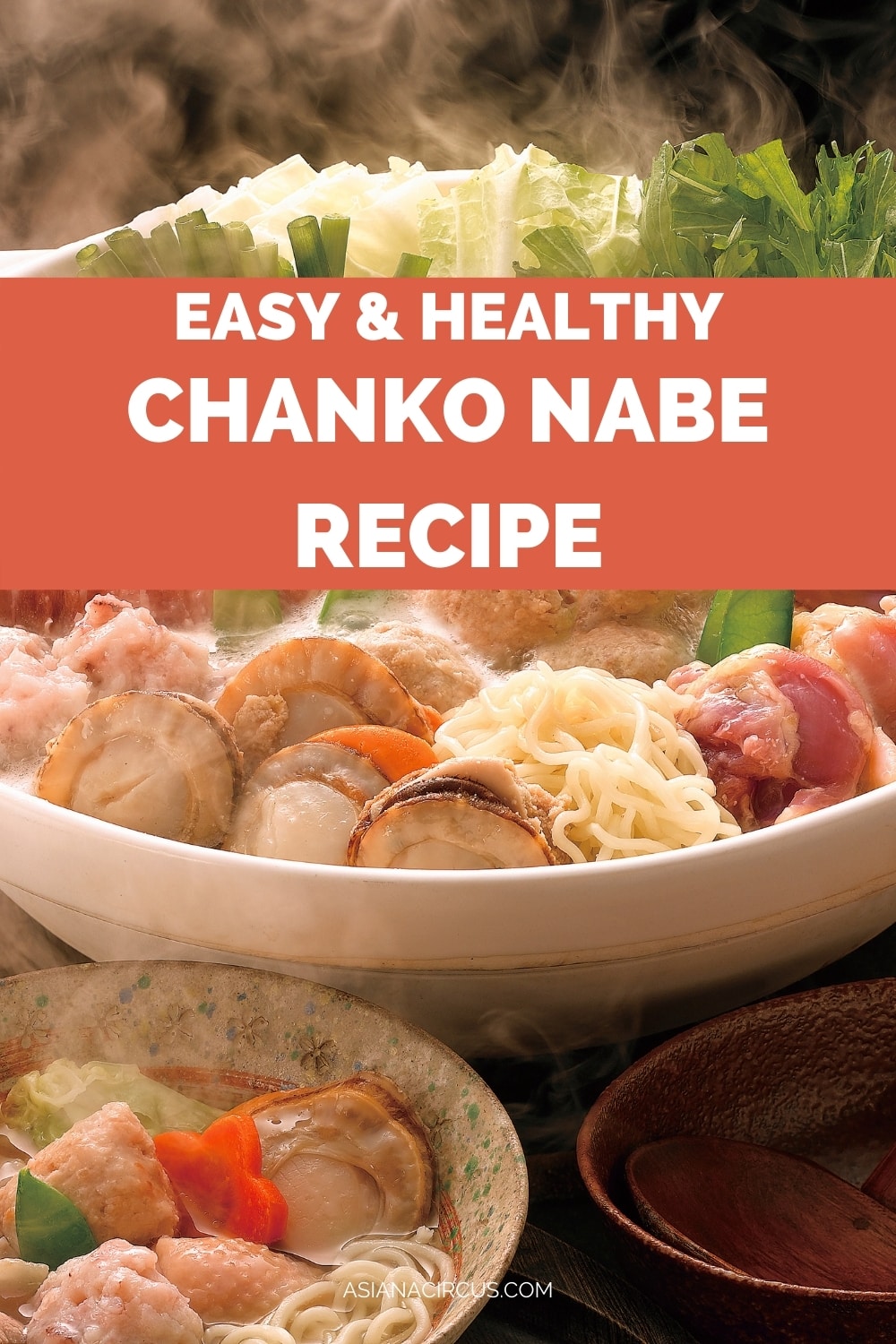 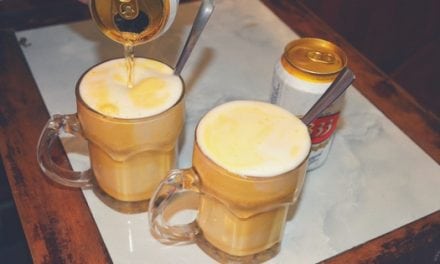 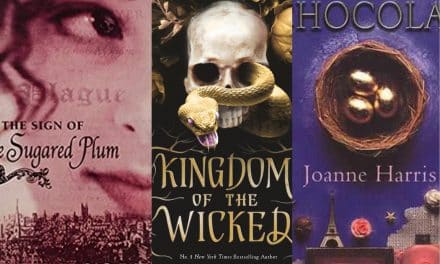 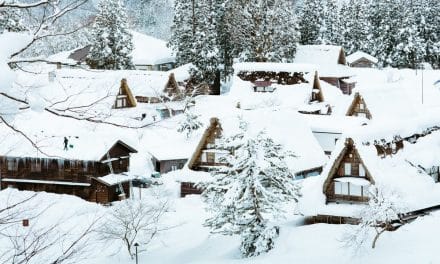 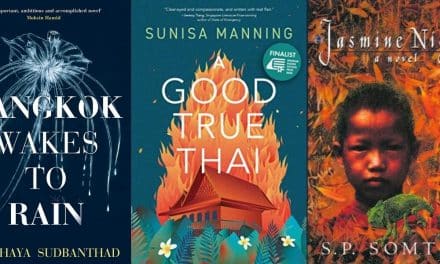 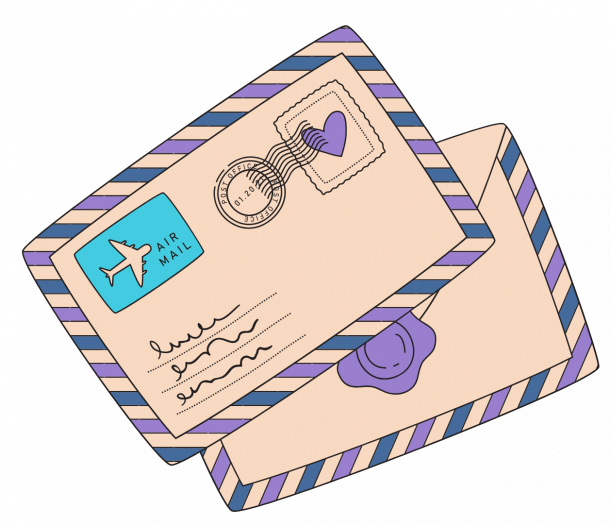